A friend request incoming from a friend here in Chicago has brought me back, and a few scrolls through my friends list finds me smiling to myself. At first when I looked at my journal it twisted my emotions a bit. Flickr seems to have changed the links to most of my photos here, even the photo on my bio page was down due to an issue with my server. Looking at my journal felt like looking into your former closet at your parents house, kinda. Familiar, but distant enough to feel confusing, and a lot of things are missing. A reminder of how uncomfortable with myself I was, and how much more comfortable I need to learn to be.

But it's also a reminder of how much I've done for me. I cannot remember when the last time I felt as happy and at peace as I have felt since I've moved to Chicago. It comes with it's stresses of course, but it was all so much easier than I expected. I am helped greatly in this of course, in that I've met amazing and supportive people, and that I already knew some delightful people who were supportive and willing to help me connect with Chicago and it's people.

My last significant post, excluding the one where I challenged myself to push my comfort zones, was a sort of wrap up to august of 2013. It's June of 2015 now. So, briefly:

*Last July I broke up with Baxter after nearly 4 years of being together. It was rough but the right choice. I've been rocking a single-lyfe year since then, and it's been necessary and healthy. Starting to experience feelings™ for a boy here, not sure it's an ideal situation, but it's nice to have feelings™, either way, honestly.

*In January I moved to Chicago. Best choice I've made ever. I love it here. I love the people, I love the weather, I love the city, I love what I've been doing. Moving here and getting on 5 or 6 shows in just 6 months has been really validating. Already having a paycheck from improv feels so promising for my goals in this city. But even if improv didn't work out, I think this change was so necessary for me and I love the new friends I've made.

*In the last post I was just starting to make it in Boston, before leaving there I was on the ComedySportz mainstage team, 2 improv boston house teams, several smaller independent projects, I directed a team and taught classes.

*I took a lot of photos, of course. Some on film, some on digital. I'll figure out how getting them here is going to go.

*I'm getting new headshots and submitting applications to agents [whaaat!?] 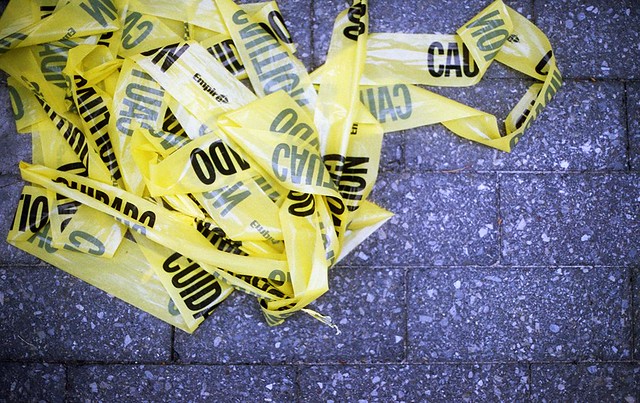 I think this is just a formality at this point, isn't it? I've been missing here for a long time, with a few fatal fleeting attempts to restore my activity here to something consistent.

Many if not not most of you I've already found elsewhere, be it facebook, tumblr, twitter even real face to face life! - we've all explored other pastures in some ways, though they're not greener, some different in better or worse ways.

LiveJournal changed my life in a lot of really critical ways, and you, the population there-of and your sharing of your lives with me, your feedback to my outpourings and photos helped me become a different, better person. also a more knowledgable person. When I started here I was a freshman in college, still angsting over how to get into the improv group at my school, and rambling about fake crushes, heavily closeted as I was. I'm now out, happily relationshipped, working as a professional adult [at manhunt of all places] - in track to get more and more involved with the local improv setup, in a band, pretty much well-adjusted and tons of other good stuff! I know how to use a film camera and a digital camera, and I even know what the fancy buttons are. I'm not afraid to talk to bears, or people in general, and I'm not generally afraid of getting touched. I've met some amazing people, hell, became the best man at an LJ couple's wedding. Traveled the entire country with your hospitality, I challenged myself to do tons of stuff I'd never imagined myself doing. And a lot of it was thanks to the push and inspiration to move on. However, it's time to be honest with myself, and I've built myself a world where I don't spend as much time doing long form documentation or writing about what I've done, I spend much more time doing. I don't think that's a bad thing, but with it comes the self-realization that I just won't be focusing here very much.

Thanks, all of you, for everything. I just did a read-through of my list, and realized how much I miss scanning through it, but I know I'll just lose track in another two weeks, so I'm gonna stop pretending that I'll be active again.

I'm going to keep this public for some time, I'm just officially resigning myself to the fact that I won't be checking in. But that doesn't mean we can't still talk - I'm around on TONS of other mediums. Here's a helpful list of places to find me:

THP EVERY DAY - this will be holding one photo for every day, but is currently empty
FLICKR
TUMBLR
FACEBOOK
TWITTER
Personal website
[and more - if you're wondering if I'm on something-or-other, drop a comment here and I'll let you know. chances are my username is thethp]

Love y'all, So long and thanks for all the fish. 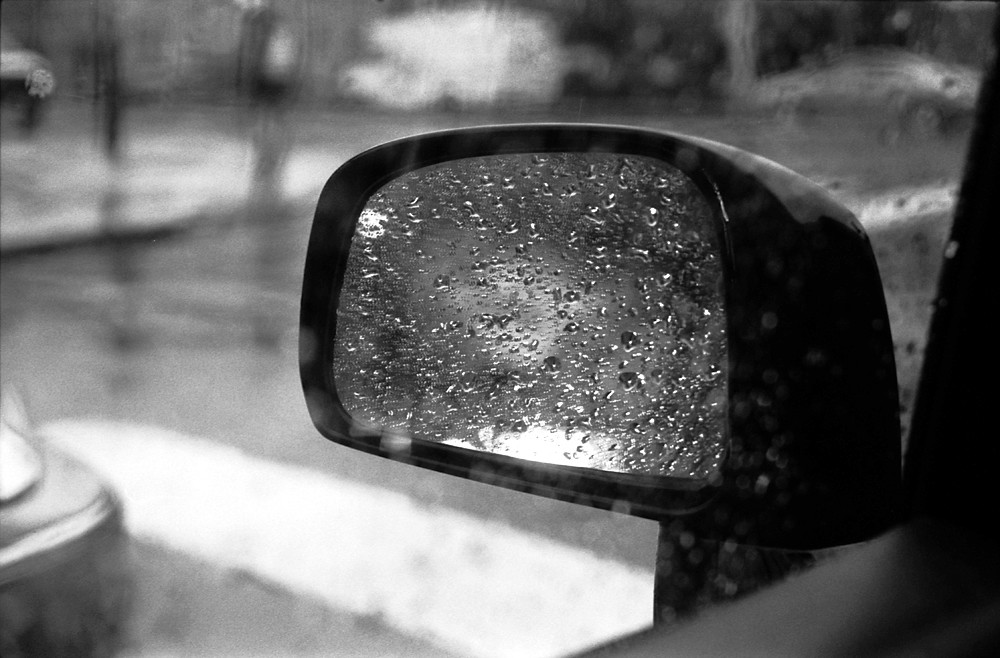 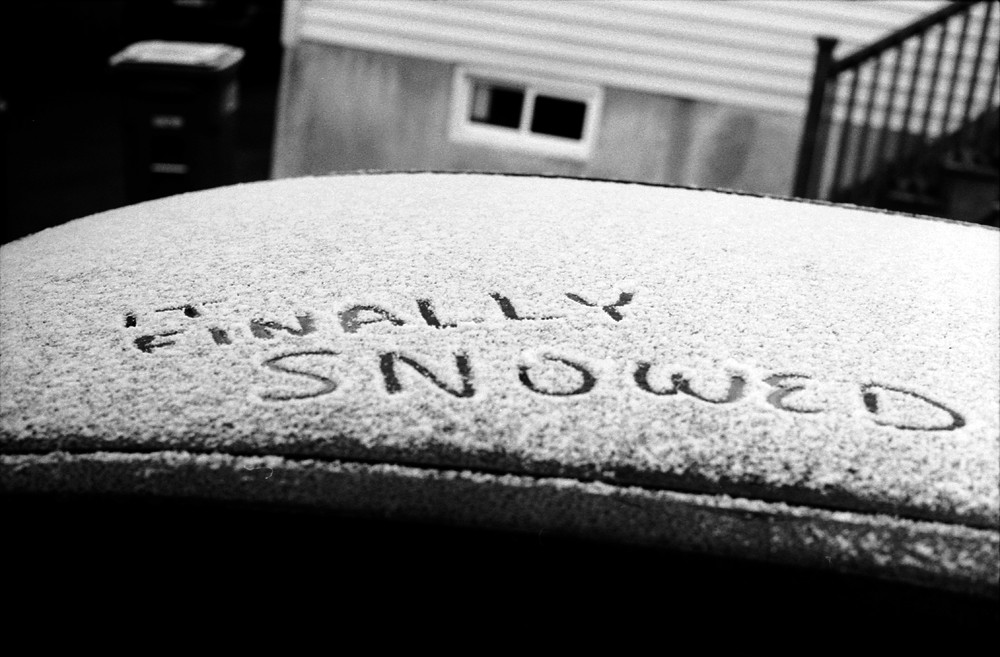 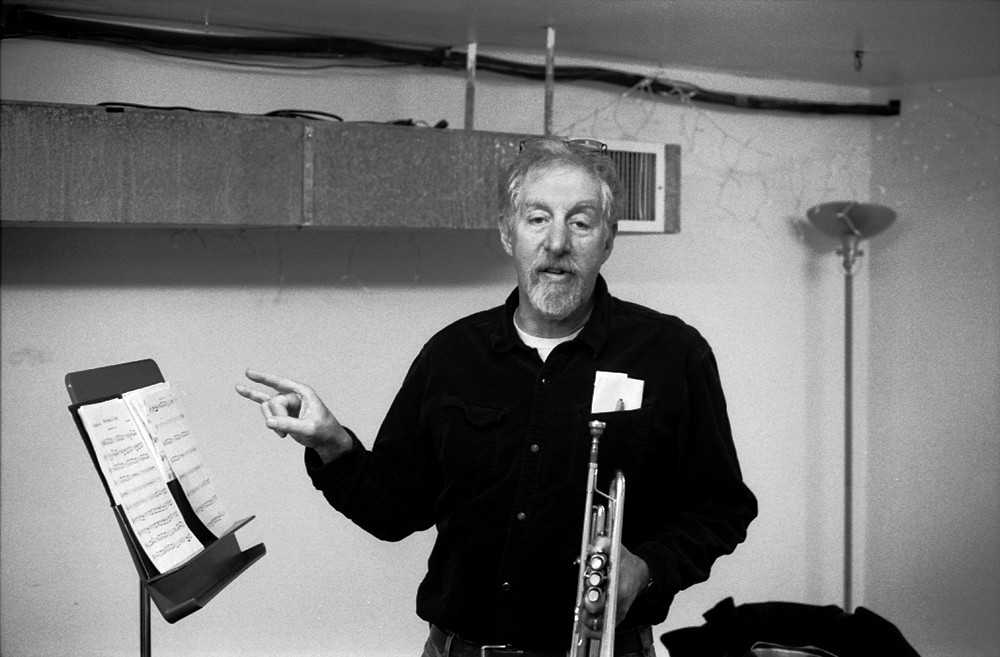 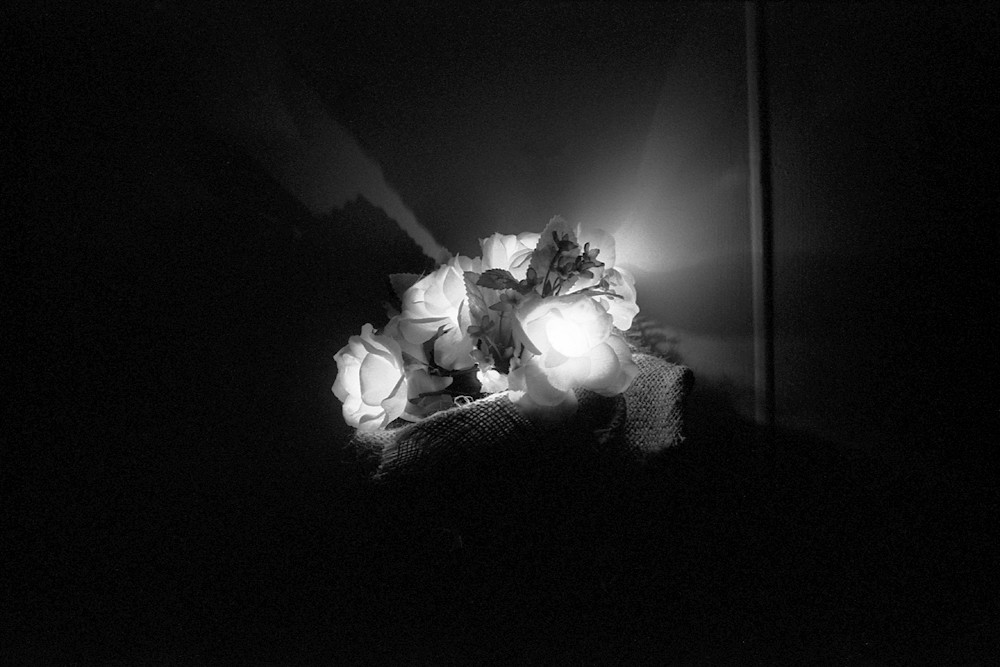 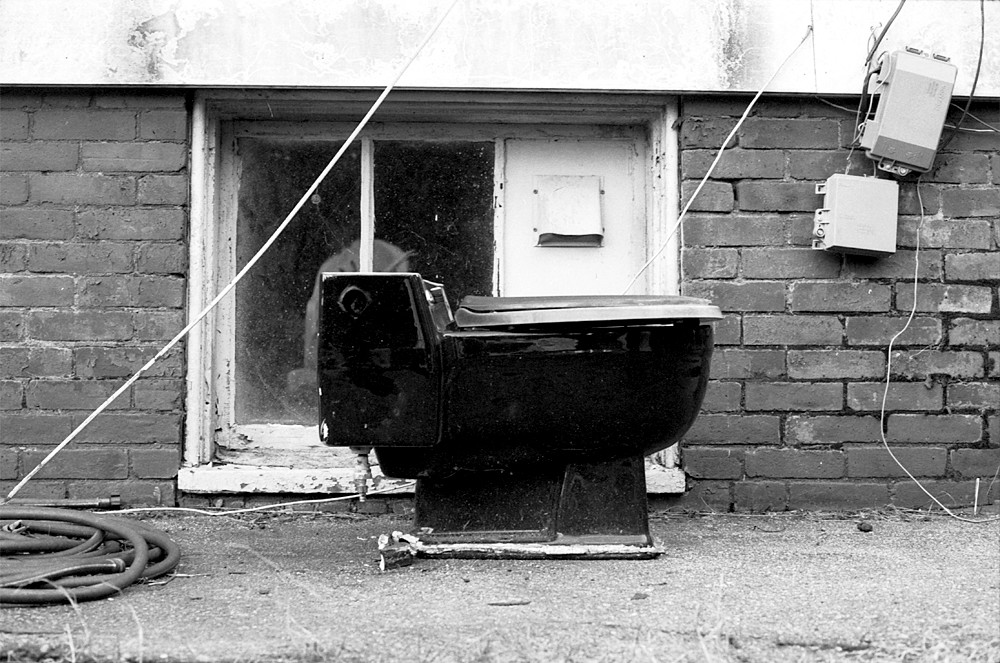 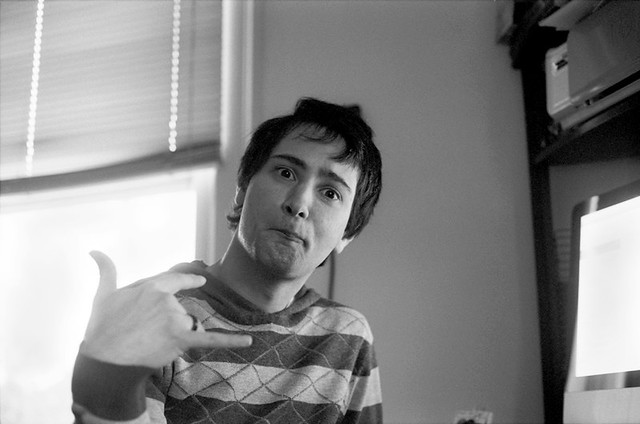 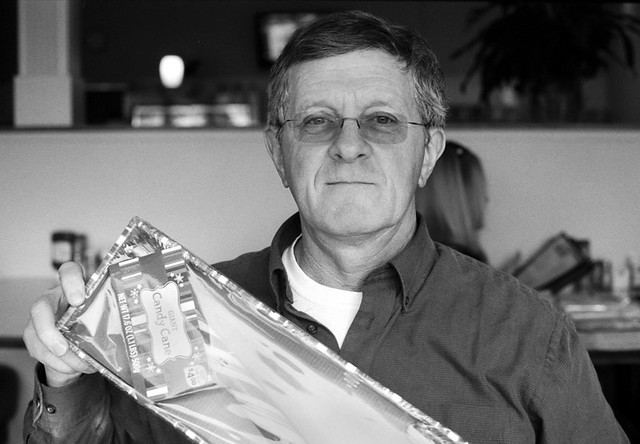 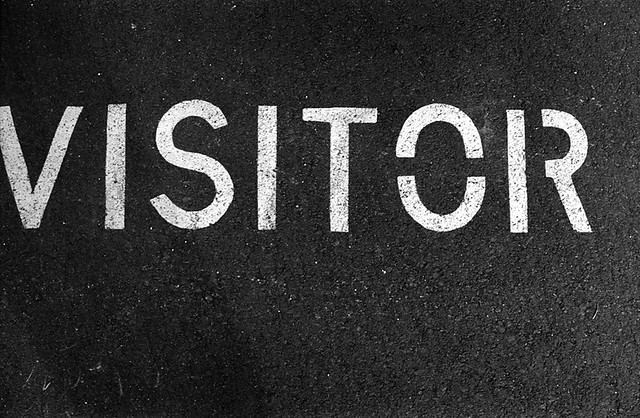 February 2012 Mixtape from thethp on 8tracks. 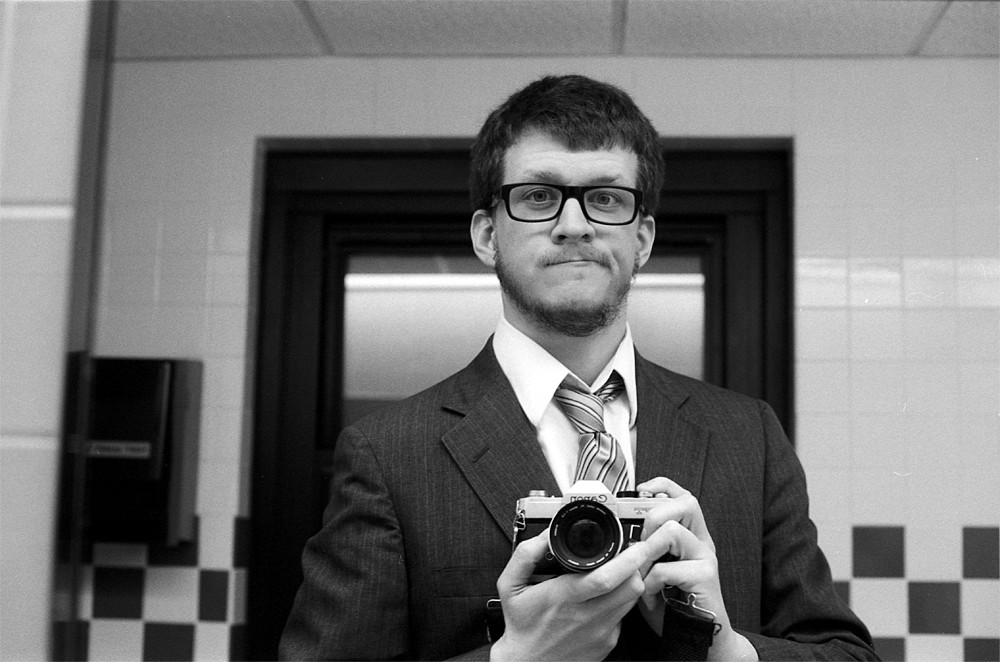 Today was my high school's alumni Band Concert, which I play in- it was fun, per usual.

But no, actually I just had some issues with my external and had to rescan a ton of negs so I had a week off of posting. I love the lack of stress that film brings- I feel no obligation to post every single day, just to take every day. 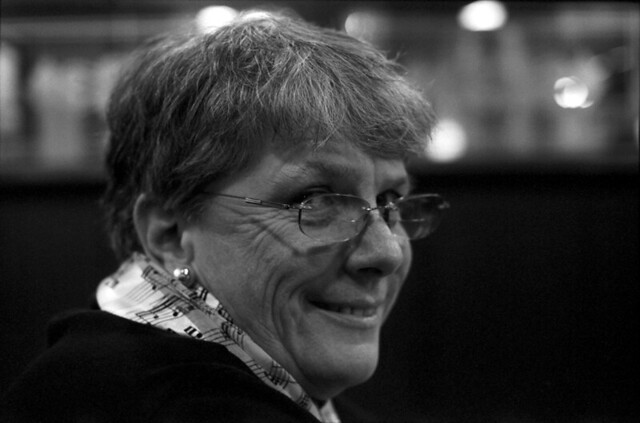 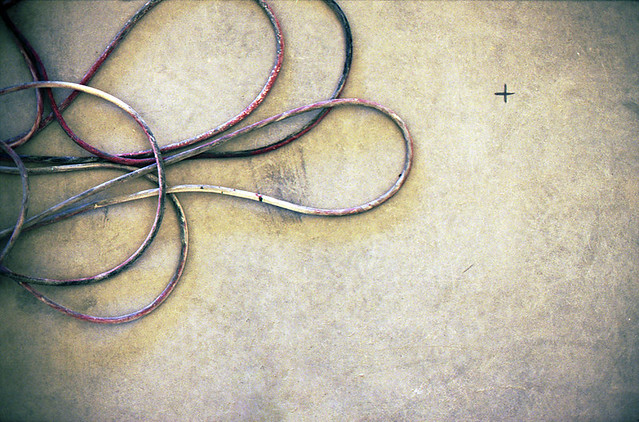 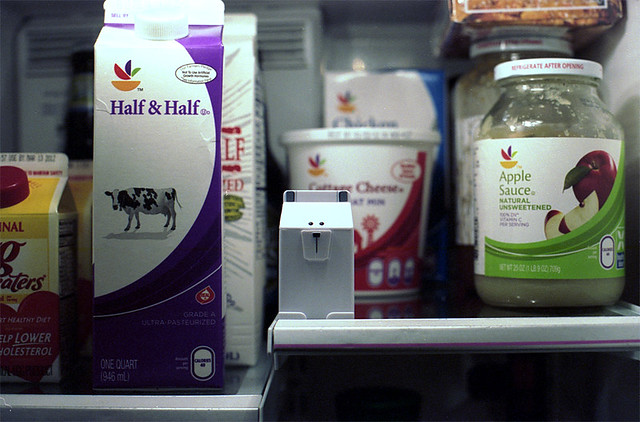 My dad bought this little guy for their fridge - every time you open the door it says something in Japanese. Too cute.
Collapse